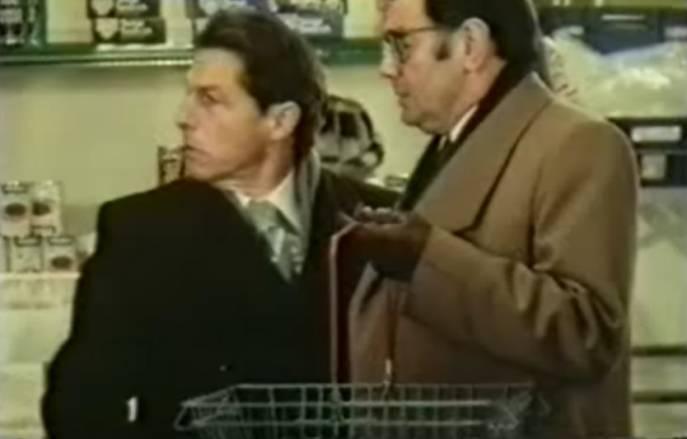 In The Market Price Faceless introduces Kyle to a new contact. He’s a nutrionist by qualification who has been drafted into the PCD to tackle the black marketeers. The man, Kyle doesn’t want to know his name but we later learn he is called Greville, takes him to see a black marketeer and shows him how easy it easy to get hold of things if you have the money.

When Kyle and the new man take Dave Brett to a late night meeting with the black marketeer and his crew, they get caught up in a raid with the PCD. Brett, Kyle and the Black Marketeer manage to get away. Greville allows himself to be caught so that they can get away. 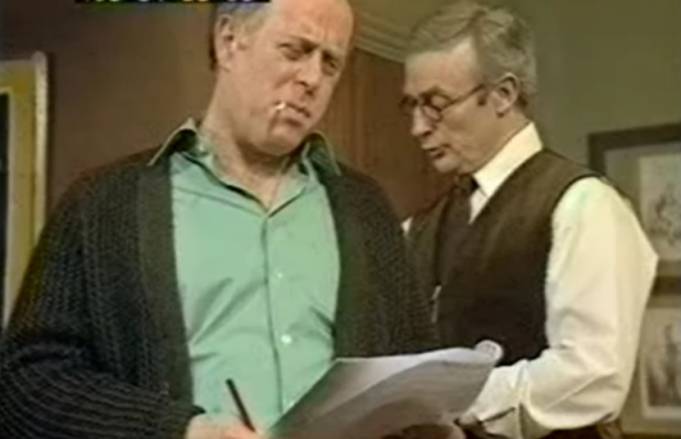 Clive Swift is new news editor Doran, he has settled for not rocking the boat and Kyle is not impressed.

Because the black marketeers are within his remit Greville is almost able to talk his way out of trouble but ends up in one of the ARC’s (Adult Rehabilitation Centres) being forcefed meat (he a vegetarian and also allergic to red meat) and despite a rescue attempt mounted by Kyle and Brett he ends up dead.

Interesting to see that there is clearly a growing unrest within the PCD itself and that someone else besides Faceless willing to step into the spotlight.

John Ronane, then currently appearing in ITV crime drama Strangers, pops up as black market King Charles Graydon. A key contact of Brett’s and someone who doesn’t charge them for helping get people out of the country. Kyle, who is meeting him for the first time, takes an instant dislike to him but warily concedes that he is vital to their cause.

classic quote
“This mate of yours is a shark. With his jaws into whole cargoes. Petrol, fags, booze, grub. It’s up to us to nanny him?”