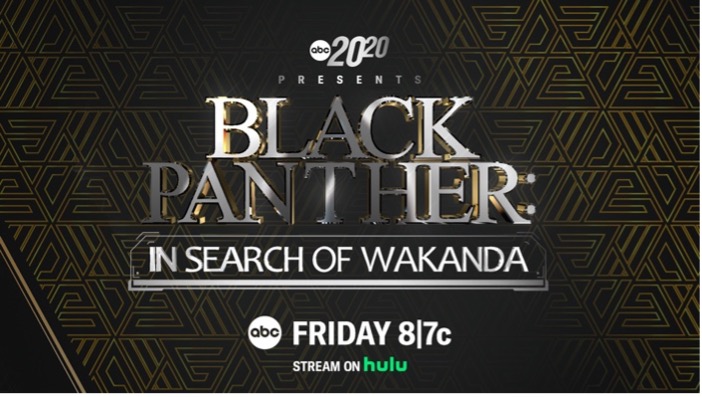 20/20 Presents Black Panther: In Search of Wakanda: A one-hour special hosted by “Good Morning America” co-anchor Robin Roberts examining the development of Black Panther from the 1960s-era comic to the 2018 blockbuster hit. Roberts sits down with director Ryan Coogler to talk about the much-anticipated “Black Panther” sequel and how it pays homage to Chadwick Boseman’s legacy. Whoopi Goldberg, the “The View” moderator and EGOT winner, conducts an exclusive interview with Simone Ledward Boseman, the actor’s widow. The programme includes an exclusive sneak peek of “Black Panther: Wakanda Forever” in honour of King T’Challa and one week before the movie’s premiere.

The inclusion of black history and culture in science fiction movies, or afrofuturism, was thrust into the global cultural spotlight with the release of “Black Panther” in 2018. The film “Black Panther: In Search of Wakanda” will visit Africa to observe firsthand many of the inspirations that the creators used to create the Wakandan world. The hour also looks at the new movie’s expanding world with the inclusion of other cultures.

In the special, Oscar® winner Ruth Carter talks about the research, inspiration, and execution that went into creating her award-winning costume designs; Ludwig Göransson discusses the authenticity that served as the inspiration for his Academy and GRAMMY® Award-winning “Black Panther” score and the cultural impact of the music; and Oscar®-winning production designer Hannah Beachler discusses creating the Wakandan setting. The special also features interviews with several of the movie’s stars, including Mabel Cadena and Tenoch Huerta Meja as well as Angela Bassett, Lupita Nyong’o, Letitia Wright, Danai Gurira, and Lupita Nyong’o.

The ABC News primetime news magazine 20/20 has distinguished itself as one of the most esteemed programs in broadcast journalism. Celebrating its 36th anniversary this season, 20/20 continues to combine hard-hitting investigative reports, newsmaker interviews and compelling human interest and feature stories. The program is anchored by award-winning journalists Elizabeth Vargas and David Muir. For over three decades 20/20 has offered viewers reports and stories that have changes lives.