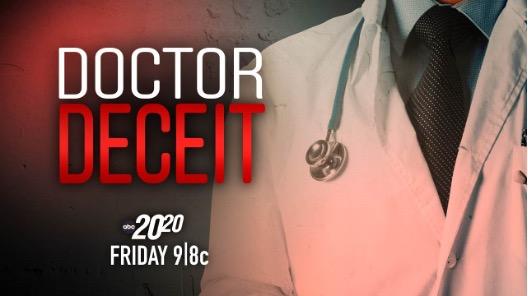 Dean Faiello appeared to have it all on the outside, from a prosperous medical practice with affluent Manhattan clients to a painstakingly restored Gilded Age mansion outside the city.

But things were not as they seemed: despite posing as a doctor and having a cosmetology practice that specialized in high-powered lasers, Faiello had no formal medical training.

Maria Cruz, a patient Faiello saw for a procedure after authorities had already accused him of practicing medicine without a license, fell victim to his deceit, which proved fatal.

In a brand-new episode of “20/20,” ABC News senior investigative correspondent David Scott conducts an exclusive interview with Faiello, who discusses what he claims actually happened to Cruz that tragic day in front of the camera for the first time since going to prison.

He describes the shocking events at the heart of the case for the first time in his own words, including the previously untold tale of how he fled to Costa Rica and attempted to get adopted as a 40-year-old in an effort to avoid extradition to the United States.

The two-hour special also features interviews with investigative journalists Barbara Nevins Taylor and Jeane MacIntosh, whose undercover investigations first revealed that Faiello was practicing medicine without a license; Faiello’s ex-boyfriend Greg Bach, who provided authorities with a crucial tip; investigator Brian Ford, who was instrumental in solving the case; other former friends and colleagues of Faiello who provided insight into his drug use and mental state; and friend and colleague Michael A. Smith.