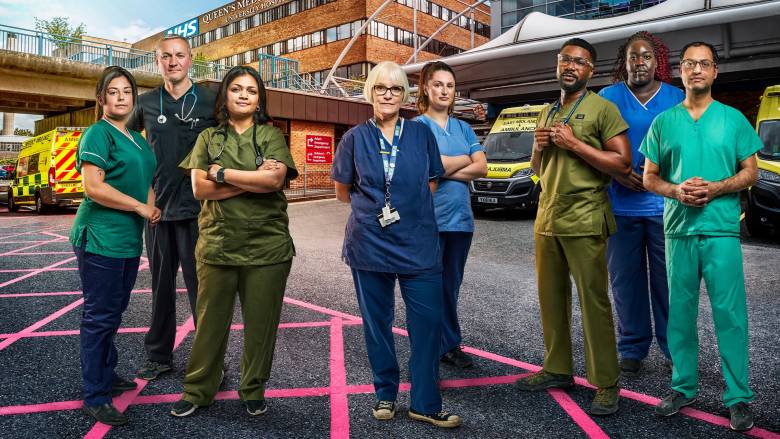 Episode 4 Peta, a 20-year-old student in Nottingham, is brought to Queen’s Medical Centre after she gets struck unconscious while riding her motorcycle. Peta’s mother Nikki describes the challenges she faced in raising her daughter, who was finally diagnosed with Asperger’s and ADHD, as doctors work to uncover the depth of her injuries.

Callum, a twenty-one-year-old male, has arrived with a severely prolapsed stoma as a result of a previous stabbing.

Also, Libby, 44, has arrived after sustaining a stick wound to the face while playing hockey. Libby recounts how her life shifted when her husband, a former professional football player, decided to pursue a different line of work.