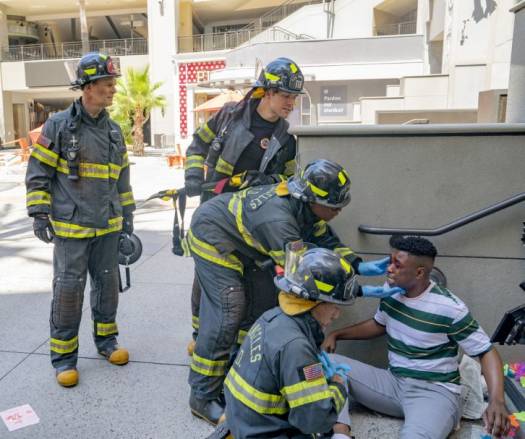 Desperate Measures: As the citywide blackout continues to cause mayhem in Los Angeles, Athena races to save her family from a tragedy. Meanwhile, Eddie must make a difficult choice about his future and Maddie makes a life-changing decision.

9-1-1 is a fast-paced exploration into the lives and careers of first responders – cops, paramedics, firefighters – the people who put their lives on the line to save others.