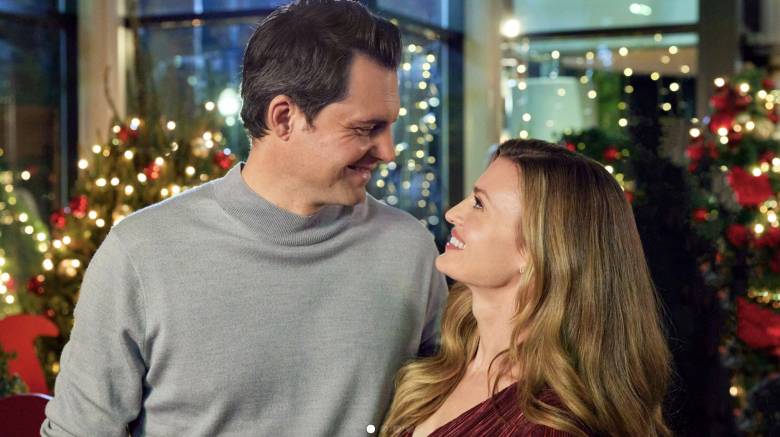 Brooke D’Orsay (“Royal Pains”) and Kristoffer Polaha (“Wonder Woman 1984”) star in “A Dickens of a Holiday!,” a new, original movie premiering Friday, December 10, (8 p.m. ET/PT), on Hallmark Channel as part of the network’s annual “Countdown to Christmas” programming event – your home for the holiday.

Christmas Eve marks the 100th anniversary of Dickens’ Days in Dickens, Ohio, a Victorian festival that ends with the community theatre’s production of A Christmas Carol. However, when the lead actor is forced to drop out, director Cassie (D’Orsay) reaches out to Dickens’ native and former High School classmate, Jake (Polaha), an action movie star who wants more serious roles in Hollywood.

Work between Cassie and Jake is problematic at first, but the more they rehearse and take part in the holiday activities of Dickens’ Days, the more Cassie and Jake warm up to each other. It’s up to director Cassie to show Jake the actor he’s capable of a serious, leadingman role. In turn, Jake helps Cassie realize she’s still the most likely to succeed, just in roles she never expected: a teacher, a coach and a leader.

“A Dickens of a Holiday!” is from Timeless Pictures Inc. Antonio Cupo, Alexandre Coscas, Michael R. Goldstein and Ben Silverman are executive producers. Paul Ziler directed from a script by Mark Hefti and Julie Sherman Wolfe.