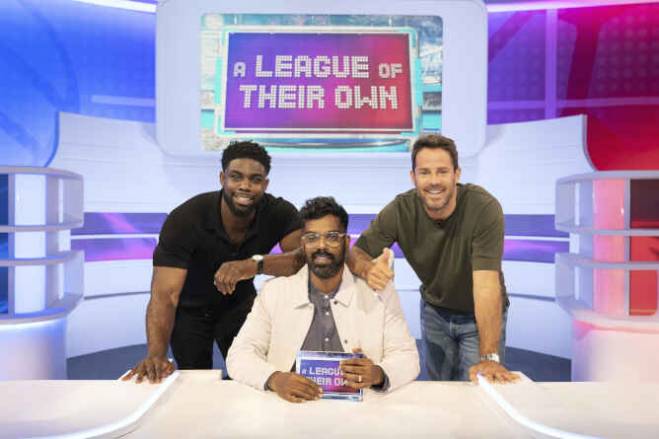 Host Romesh Ranganathan and regulars Micah Richards and Jamie Redknapp, are joined by Jimmy Carr, Richard Ayoade, Angela Scanlon, and Patrice Evra. As a cannon fires footballs at them and Jamie and Micah attempt to hang on as long as they can during a reverse bungee, their mettle will be put to the test.