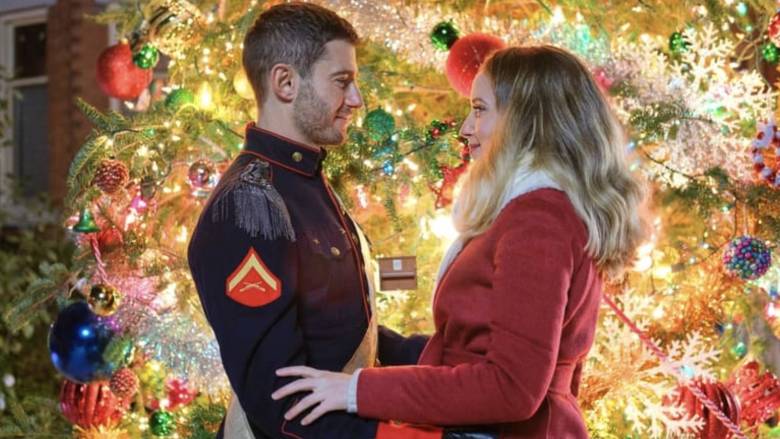 Megan Park (The Fallout, “The Secret Life of the American Teenager”) and Julian Morris (“Man in an Orange Shirt,” “Pretty Little Liars”) star in “A Royal Queens Christmas,” a new, original movie premiering Saturday, December 11 (8 p.m. ET/PT), on Hallmark Channel as part of the network’s “Countdown to Christmas” programming event- your home for the holiday.

Dee Dee (Park) works at a well-established bakery in Queens, New York after returning home from a tour of duty in the army. The bakery is commissioned to supply desserts for an international Christmas gala and fundraiser in Manhattan. When she goes to meet with the chef, Dee Dee has a run in with Colin (Morris) in the lobby, and he knocks over her plate of precious pastries.

When she learns Colin plays piano and could play in the local Christmas show, she asks him to help as payback. Dee Dee assumes he works for the hotel but really…he’s a prince! Colin conceals his identity as he feels at home in the Bayside community among Dee Dee’s family and friends, participating in the neighborhood’s holiday activities. All is going well until his parents, the King and Queen of Exeter, show up in New York with a princess they hope Colin will marry, ruining Colin’s cover story.