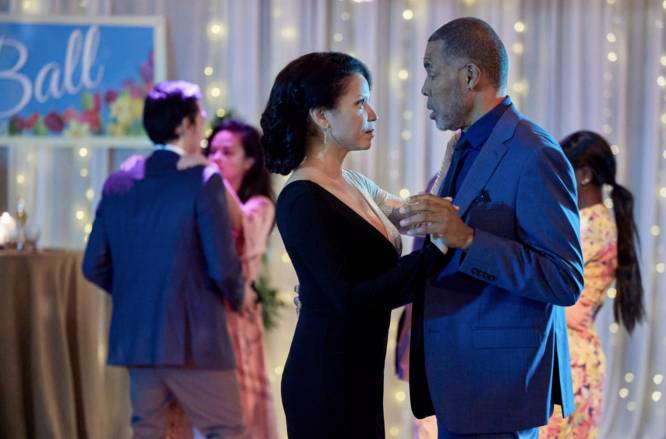 On the surface, Alicia (August) and Arnold’s (Joseph) marriage is picture perfect, however, there is something amiss. Arnold is ready to grow their family, but subconsciously Alicia is hesitant to the idea. Rather than face the problem head on, Alicia, the self-proclaimed “love doctor,” immerses herself in her divorced parents Jack (La Salle) and Brenda’s (Reuben) dating affairs by
setting them each up on a blind date dating app.