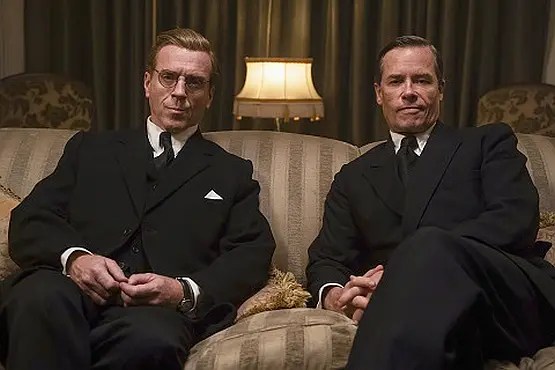 A Spy Among Us, the new thriller series based on the book by Ben Macintyre, will premiere on Britbox Australia on 9 December 2022.

One of the most infamous traitor tales in British spy history, A Spy Among Friends dramatises a true tale of betrayal and friendship set in the covert world of espionage.

The six-episode limited series centres on a friendship that led to the destruction of British and American intelligence during the Cold War’s height and helped to set the stage for a risky game against Russia that is still being played today.

The most notorious Cold War traitor from England is Kim Philby, who was hired by Soviet intelligence to infiltrate MI6 and was able to do so covertly for 30 years. Highly regarded intelligence officer Nicholas Elliott learned that his 23-year-old best friend had been betraying him from the start.

“With its outstanding cast and high quality production, A Spy Among Friends tells the story of close friendship and complete betrayal against the backdrop of the Cold War. This is a fascinating insight into a world of elite British spies and we’re thrilled to bring A Spy Among Friends as a BritBox Original to audiences.”