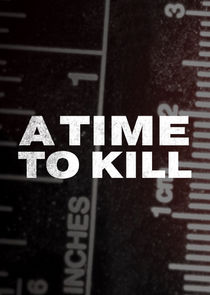 To Stalk a Co-Ed: A college student is mercilessly strangled to death in her Bryan, Texas, apartment, and investigators are hard-pressed to find anyone who would want to kill such a bubbly and dynamic woman, but DNA discovered on the scene proves there’s at least one

The key to solving the toughest homicides lies somewhere in the final hours of a victim's life. In each one-hour episode of A Time to Kill, determined investigators must piece together events during this critical window to reconstruct the timeline, unlock the motive, and ultimately close in on the killer.