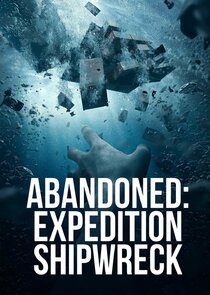 Collision Course: Three historical collisions expose the volatile risks at sea and how they have shaped today’s technological advancements; now, maritime researchers explore the remnants of these shipwrecks to uncover what happened in their fatal, final moments.

In the Abandoned: Expedition Shipwreck, experts follow investigations around the world that reveal the most epic, infamous and notorious shipwrecks from throughout history. From wartime disasters to commercial ship collisions, this series exposes the many volatile risks at sea and how they’ve shaped regulations and technological advancements, and also pieces together disasters from history to reveal what really happened and why. After the sinking of the ocean liner ‘Empress of Ireland,’ known as one of Canada’s worst maritime tragedies, experts look closer at the critical decisions made in the face of danger and how they can make all the difference and potentially save lives. In the wake of WWI, 74 of the most modern and powerful warships of the German High Seas fleet disappeared into the depths near Orkney Islands, Scotland. But why? What led to their demise? Following intel from maritime archaeologists, along with data from sonar mapping and CGI reenactments, Abandoned: Expedition Shipwreck looks to uncover new details about some of the most infamous wrecks from history.