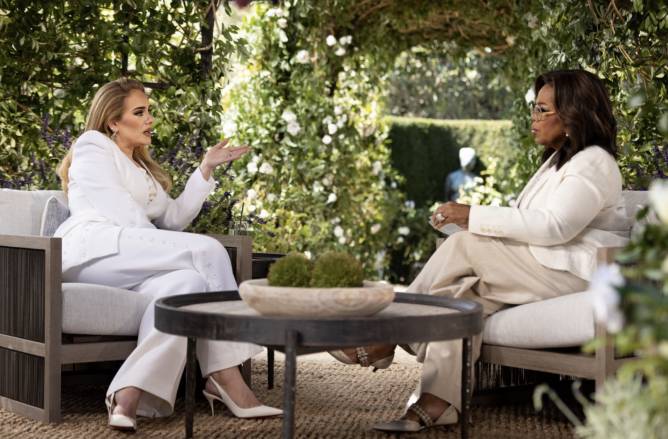 A prime-time two hour special with extraordinary performances from Adele, including her first new material in six years plus her chart-topping hits.

Filmed at the iconic Griffith Observatory in Los Angeles, the two-hour event offers the  first opportunity for fans to hear music from Adele’s latest album 30 live, alongside her beloved, chart-topping hits.

In addition, the special will feature an exclusive interview with Adele by Oprah Winfrey from her rose garden, in Adele’s first televised wide-ranging conversation about her new album, the stories behind the songs, life after divorce, weight loss, and raising her son.

ADELE ONE NIGHT ONLY is produced by Fulwell 73 Productions and Onward Productions in association with Harpo Productions. Executive producers are Ben Winston, Adele, Jonathan Dickins, and Raj Kapoor.