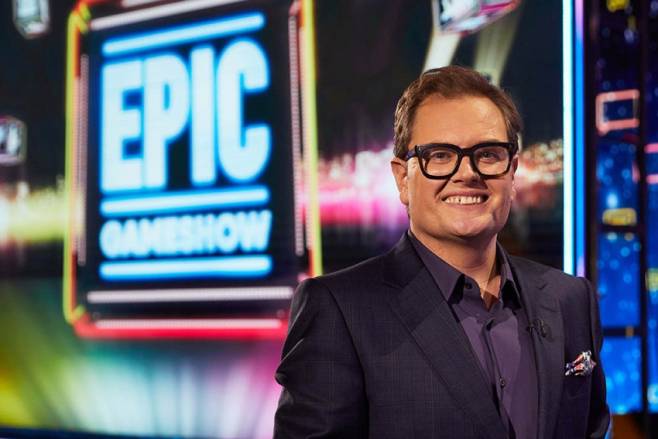 Take Your Pick: Take Your Pick, a beloved segment from Alan Carr’s Epic Gameshow, is back. When playing the well-known Yes/No game, a variety of entertaining competitors face off against the gong. To open a box and win, only the best will be given the opportunity. But beware of those evil prizes! One fortunate player will advance to the Epic Endgame, where they may win a brand-new vehicle. Shaun Wallace the Chaser is also featured on the gong.

Alan Carr’s Epic Gameshow sees the brilliant Alan Carr at the helm of five of the nation’s all-time favourite gameshows.

The series will see contestants hoping to win either big-cash rewards or top-of-the-range prizes. Alongside the entertaining, hilarious and nail-biting contests that viewers know and love, each episode will climax with an all-new epic endgame, bringing these iconic shows bang up to date.

From Play Your Cards Right and The Price is Right, to Take Your Pick, Strike it Lucky and Bullseye, players will be taking on each show for the chance to win some truly epic prizes.