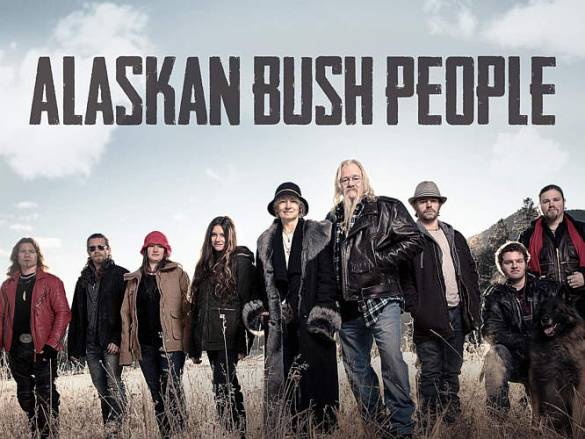 A New Crossroad: With goals that will push them in new directions, the Wolfpack enters the spring season. While Noah reveals grand plans for Alaska, Gabe and Bam intensify their efforts to rebuild the ranch by turning burned-out trees into lumber.

In Alaskan Bush People, a family of nine strives to be self-sufficient against all odds- often shunning modern society to live off the wilderness and to walk where no man has ever walked before. After the tragic death of his parents and sister that left him orphaned at 16, Billy Brown vowed to live life on his own terms and create his own family to reclaim the love that he lost. With Ami by his side, Billy traveled the lower 48 states and eventually found home in the sprawling landscape of the last frontier, where they have spent most of the last 30 years raising their children. "Our family is doing what is natural for human beings to do. We survive on what we hunt, fish, trap and barter for," Brown says. "We explore, we wander, we live. If you think about it, it’s the life we were meant to live."