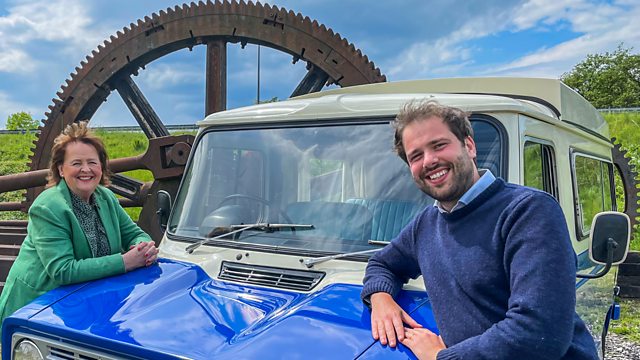 What’s happening on Antiques Road Trip Today Friday 30 September on BBC One; Tim Medhurst and Margie Cooper’s 1970 camper van is making its final trip. Their car is pointing toward Greater Manchester and the Peak District on this leg. Our intrepid antiquing duo learns about the Manchester-born Victorian who was one of the first environmental activists in addition to learning the distinction between a bakewell tart and a bakewell pudding.

Tim decides to take this last chance to shop all or nothing, spending three figures on an old kid’s toy. Additionally, he discovers a lovely Welsh folk art quill stand that he hopes will draw interest at the Bourne End auction. When Margie spots a bulldog gong, she gets all doe-eyed and believes this unique piece of Victoriana will bring in bids that are higher than the amount she paid.

Tim and Margie watch as their purchases are approved at the Steam Museum in Rochdale as the journey’s epic conclusion. In this thrilling finale, who will emerge victorious?