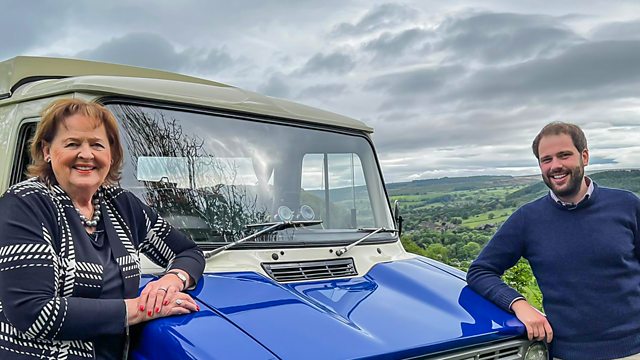 What’s happening on Antiques Road Trip Today Monday 26 September on BBC One; Two intrepid antiques hunters set out on this road trip in a 1970s camper van at the beginning. Margie Cooper, an expert in silver, and Tim Medhurst, a coin collector, explore the backroads of Cumbria before travelling north to Dumfries and Galloway in search of treasures that will pique the interest of auction bidders.

Tim and Margie are both equipped with a hot water bottle and sandwiches, so they are both ready for anything the Borders’ antique stores can throw at them. Margie sticks to what she knows and chooses a locket and a bracelet made of…silver, while Tim goes for a Scottish theme with his purchases, choosing a Scots Guards picture and a rare Scottish jug.

There’s always time for a detour, so Margie visits the oldest operating camera obscura in the world to learn more about the man who built it, the motivation behind its creation, and how it has survived to the present day. For his detour from the shops, Tim travels further back in time and arrives at a Roman fort that has been perfectly preserved in peat. His tour guide explains the problems that climate change is giving archaeologists.

Tim and Margie are waiting on edge to see who will take the lead first after their purchases were whisked away to Leicestershire. Can Tim anticipate significant profits now that “Tiny Timmy” has won over the bidders?