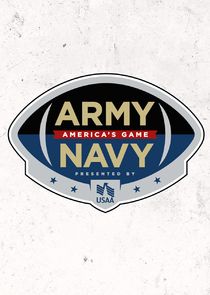 The Army-Navy Game is an American college football rivalry game between the teams of the United States Military Academy (USMA) at West Point, New York and the United States Naval Academy (USNA) at Annapolis, Maryland. The USMA team, the "Army Black Knights", and the USNA team, the "Navy Midshipmen", each represent their services’ oldest officer commissioning sources. As such, the game has come to embody the spirit of the interservice rivalry of the United States Armed Forces. The game marks the end of the college football regular season and the third and final game of the season’s Commander-in-Chief’s Trophy, which includes the Falcons of the U.S. Air Force Academy.

The Army-Navy Game is one of the most traditional and enduring rivalries in college football. The game is nationally televised by CBS, which has aired the game every year since 1984 except for a five-year stint on ABC from 1991–1995. Instant replay made its American debut in the 1963 Army-Navy game. The winner of the game is awarded the Thompson Cup, named after its donor, Robert M. Thompson. The most recent game (the 115th) in the series was held at M&T Bank Stadium in Maryland, on December 13, 2014. Navy won the game by a score of 17–10. Navy leads the all-time series with a record of 59 wins, 49 losses, and seven ties.