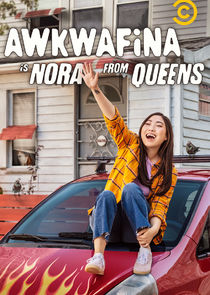 Never Too Old: A young, 20-something woman tries to navigate young adulthood while living alongside her cousin and raised by her father and her grandmother in the outer borough of Flushing, Queens, N.Y., as she strives for a larger than life existence

Awkwafina stars as Nora Lin in this scripted series based on her real-life beginnings in Queens, NY. Raised alongside her cousin by her dad and grandma, Nora leans on her family as she navigates young adulthood in outer borough New York City.