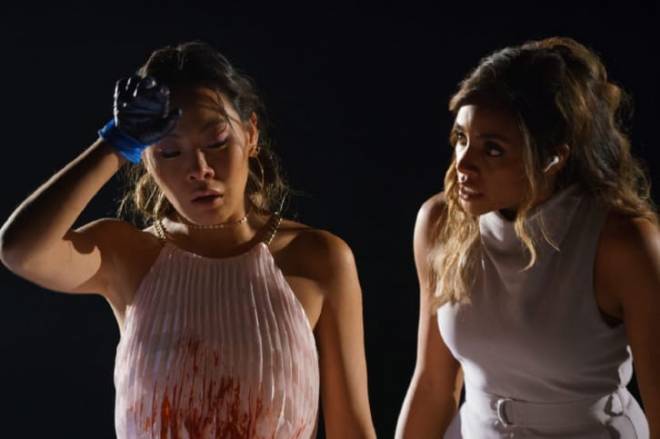 Mad As A Hatter: As Batwoman (Javicia Leslie) continues to keep the streets of Gotham safe, Batwing (Camrus Johnson) joins in on the action, but Luke quickly realizes he hasn’t quite mastered his suit.

Meanwhile, as Alice (Rachel Skarsten) sits hopelessly imprisoned in Arkham, Sophie (Meagan Tandy) fully enjoys her freedom. When Ryan pays Alice a visit to ask about the bombshell she dropped – that Ryan’s birth mother is still alive – Ryan must decide if she should go down the rabbit hole of her past. As Mary (Nicole Kang) prepares to finally graduate from medical school, she feels the absence of her family more than ever.

But when an Alice admirer stumbles upon one of the missing Bat Trophies, Gotham and the Bat Team get mixed up in the madness, culminating in a shockingly gruesome graduation… and an equally shocking new partnership.

Kate Kane, armed with a passion for social justice and a flair for speaking her mind, soars onto the streets of Gotham as Batwoman, an out lesbian and highly trained street fighter primed to snuff out the failing city’s criminal resurgence. But don’t call her a hero yet. In a city desperate for a savior, Kate must overcome her own demons before embracing the call to be Gotham’s symbol of hope.