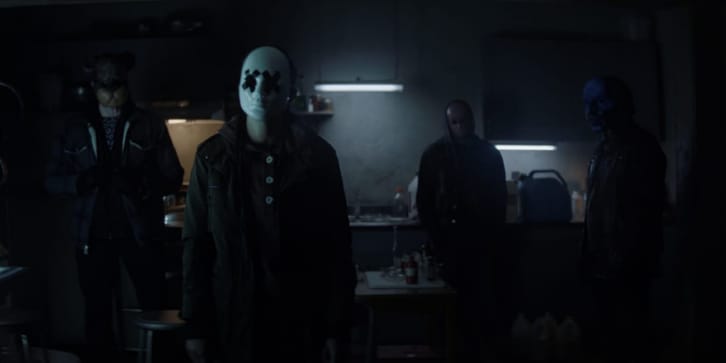 Time Off for Good Behavior: As Batwoman (Javicia Leslie) focuses even more effort on taking down Black Mask (guest star Peter Outerbridge), a new foe emerges, diverting the Bat team’s attention to a distressing issue in Gotham. Continually haunted by the mistakes of his past, Jacob (Dougray Scott) travels down a dangerous path in an attempt to eradicate them. Alice (Rachel Skarsten) and Julia (guest star Christina Wolfe) discover they have an enemy in common.

Kate Kane, armed with a passion for social justice and a flair for speaking her mind, soars onto the streets of Gotham as Batwoman, an out lesbian and highly trained street fighter primed to snuff out the failing city's criminal resurgence. But don't call her a hero yet. In a city desperate for a savior, Kate must overcome her own demons before embracing the call to be Gotham's symbol of hope.