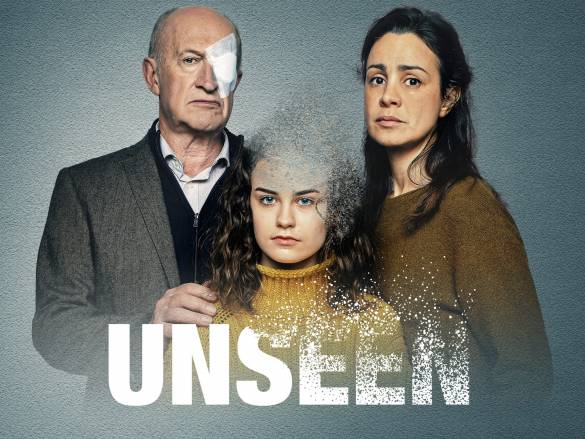 Eight part 2020 Belgian thriller Unseen is a a tense mystery drama about a community affected by strange phenomena.

In a small Belgian village, people are turning invisible. For some, invisibility is a power; for others, it’s a disease. Either way, the Unseen are perceived as a threat and the authorities want to control them.

In the series opening episode Victor, a renowned ophthalmologist from Creux, becomes mysteriously blind during a routine cataract operation that turns into a nightmare. It was his daughter, Laurence, an ophthalmic surgeon who was in charge of this operation. In addition to the guilt that gnaws at her, Laurence must face the accusations of her professional and personal entourage. Laurence knows something was wrong during the operation, but no one believes her.