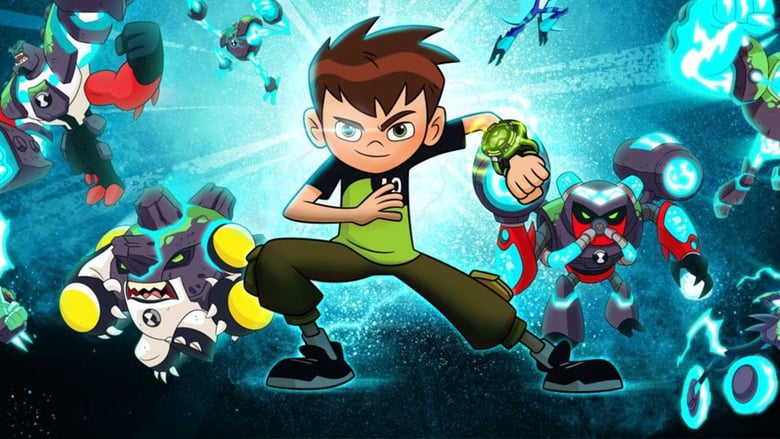 Ben 10,010: In a future where an adult Gwen Tennyson is president and the world is being taken over by the alien horde known as the Xerge, a disillusioned Ben 10000 is called out of retirement to recruit his 10-year old version from the past, only together can the battle-worn adult and the impulsive child save a future under siege.

Cartoon Network's fresh take on Ben 10 will center upon a new animated series re-introducing the energetic, fun-loving, 10-year-old Ben Tennyson. At the core of the new Ben is a healthy serving of action, excitement, and all-around fun. Featuring many new and fan-favorite aliens, the series kicks off with the adventures of Ben, his cousin Gwen, and Grandpa Max as they travel the country during summer vacation. When Ben finds the mysterious Omnitrix, a world of alien superpowers opens up to him.