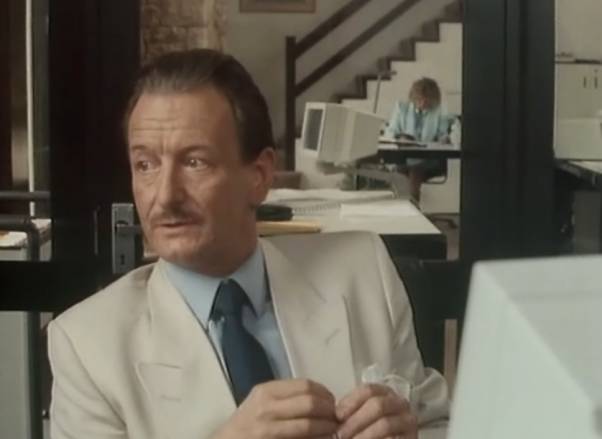 In Burnt wealthy financier Anthony Villiers is on Jersey but the Department of Trade and Industries are on his case believing him to be guilty of insider trading amongst other things. The Jersey Government have agreed to allow the DTI to investigate, with Jim acting as liason.

The DTI investigation is a large scale operation and Villiers is less than impressed that it is happening outside UK jurisdiction. He heads off to Sark, tailed by Jim, where he is clearly up to something. Unfortunately Sark is also outside of Jim’s jurisdiction however it’s clear that Villiers has set up a company on Sark using local residents to act as directors. Sark has no company law and the directors of a company cannot face prosecution. As Jim investigates he learns that one of the Sark directors, Anne Granger, is the key to bringing down Villiers.

Meanwhile the Jim-Susan saga is still dragging on, she is pretty much now refusing to speak him. Jim is growing increasingly tired with the mess around and gives her an ultimatum. 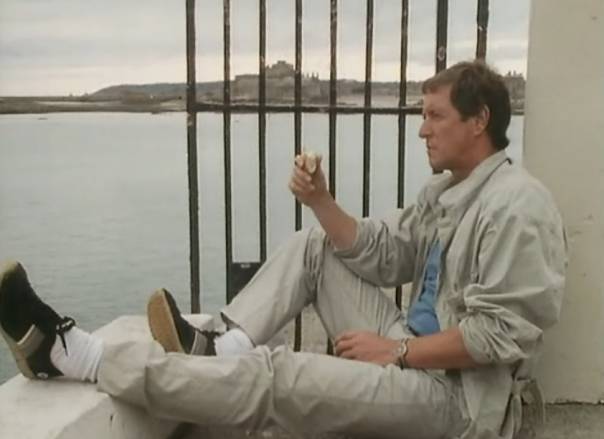 Jim keeping it casual whilst keeping an eye on Villiers.