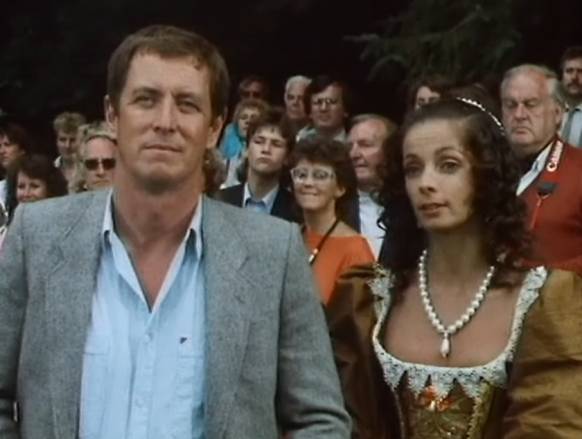 In Crossed Swords a pair of prominent island brothers who run a fencing school on the island receive a shock when they open up the family burial vault in search of a pair of valuable swords that belonged to one of their ancestors.

It’s a big event for the family and is even being filmed by local TV. Naturally the sword are there but the event is marred by the arrival of Paul Roussilon, a Frenchman, who claims the swords were stolen from his own family crypt. Roussilon then turns up dead.

Meanwhile on the relationship front, Jim, having now moved into his own place is trying hard to win back Susan. The going is not easy. In another subplot Crozier, via the Chief, has organised a keep fit campaign for the team complaining that they are all out of shape. This comes in handy when Jim has to have a stave off a baddie during a swordfight finale.

To be fair the whole thing is not very well done and definitely ranks in the top ten Bergerac dodgy moments list. Although the episode does benefit from an appearance from the always likeable Richard Warwick. 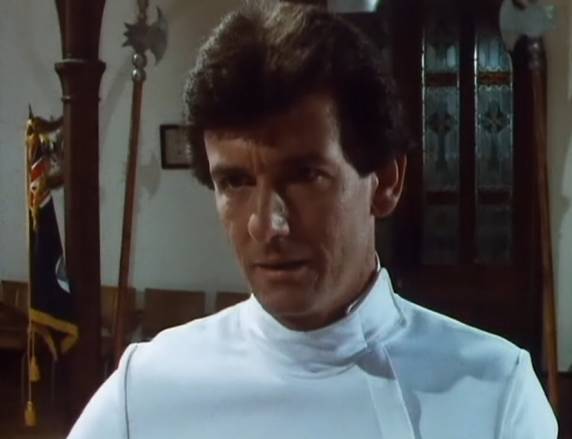