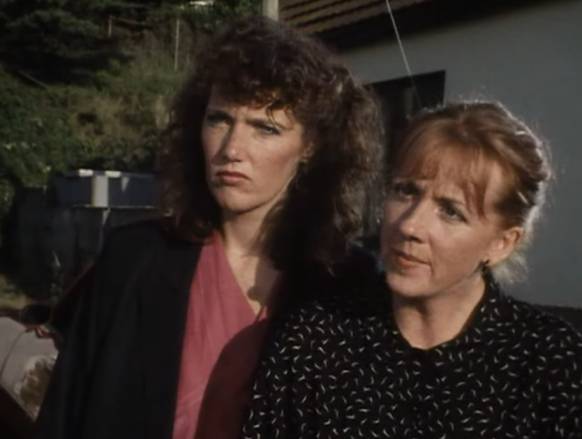 In Desirable Little Residence Susan is helping Carol Miles sell a little bungalow that belonged to her recently deceased grandma. Rather bizarrely, the property, which is on the market for £63,000 seems to attracting rather too much interest. Crooked businessman Nick McVie is willing to pay the most for the property – the bidding ends up at a massive £150,000.

The more Jim finds out about the property the more convinced he is that something is going on. Susan thinks it’s because property developers (who own the land at the back of the row of bungalows) are keen to get hold of the bungalow, Jim isn’t so sure. It turns out that Jim and Susan are both right. Carol Miles has teamed up with Kirk Barnett to try and bump up the price of the bungalow and McVie was determined to get his hands on the bungalow (he owns the other five in the row) to ensure that he is part of the development deal.

Events take a nasty turn when McVie accidentally lets slip to Susan that he was responsible for Carol Miles’ grandma’s death and takes her hostage.

There is a couple of funny subplots one involving Crozier and soap that keeps going missing from his private stash and more developments in the Peggy – Hungerford romance. Charlie goes around to Peggy’s to help fix her wonky gutters after the builder he arranges for her doesn’t turn up.

It’s a good mix of humour and tense action as the final third sees Susan’s life in danger and almost getting buried alive! 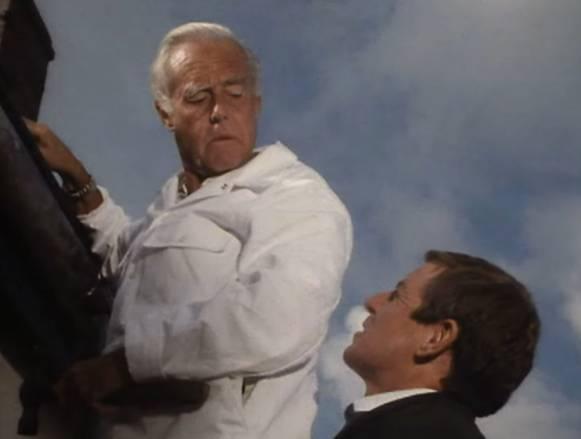 Charlie and Jim both up a ladder. No… best if you don’t ask.