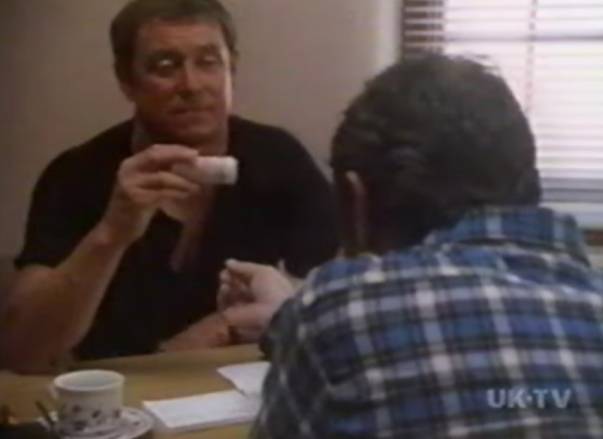 In The Evil That Men Do, Jim, now that he has to do something to bring in money, has relented and set up as a private investigator. Having just finished a “wayard wife having an affair” case he is approached by Eddie Llye, a petty villain, who had been hired by the tough property developer Jacques LeRozier. LeRozier was paying Eddie to rob the house of elderly Harriet Malin, she is from one of the old families of Jersey and owns a large tract of land that LeRozier wants. When Lyle breaks into the house he discovers Harriet Malin murdered.

Jim’s investigation doesn’t get off to the best start when he uses the Bureau’s services to run a check on Lyle. Deffand discovers what he is up to and has Lyle arrested. Things get murkier when LeRozier turns up murdered.

Judging by this episode you wouldn’t think Jim has given up Jersey life to go and live with Danielle in France. In fact it very much feels like a standard episode of Bergerac from an earlier season with a few changes to take in the fact that Jim is now a private detective. 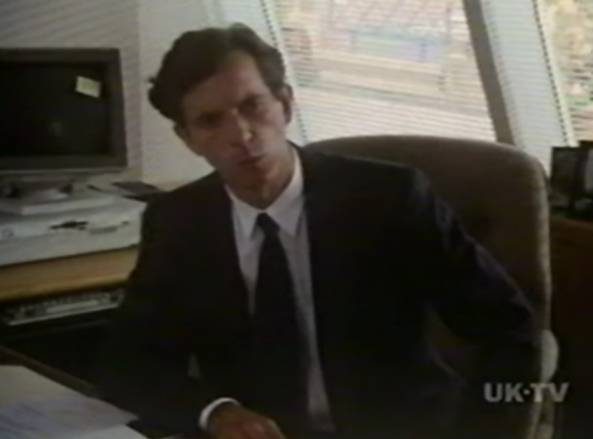 Martin Turner as the not to be trusted Tony Gilchrist.

classic quote
“As I used to say. You are nicked!”