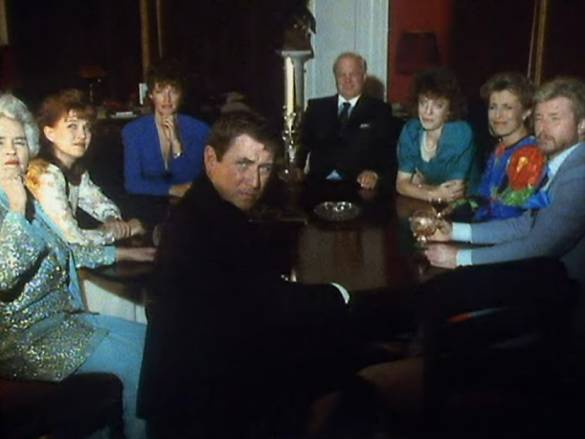 In Fires in the Fall Charlie intends to prove that noted medium Raoul Barnaby is a charlatan and wants Jim and Susan to attend a private seance he has organised.

Meanwhile Susan thinks Lil might be interested in an old property on the island that may or may not be haunted. The property has a big impact on Susan and later at the end of the episode puts her life in danger when a message from Peggy for Jim to meet her at Lil’s Place leads to crossed wires. He thinks she means the nightclub – she means the new, spooky house. 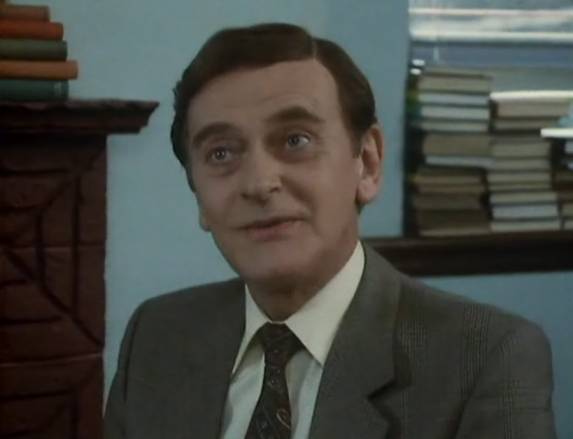 At the seance things get out of hand, the events seeming too real for Charlie. Barnaby seems to have some kind of fit and after he comes round Charlie discovers strange markings carved into his expensive table. Susan, meanwhile, has seen the markings before – in the attic at the house she was showing Lil. Elderly Roberta Jardine, a guest at the seance and a patron of Barnaby’s, is convinced he is genuinely in touch with the world beyond.

The things Barnaby comes out with during his trance like state seem to point to a series of strange unsolved deaths many years before, including one of a young girl. All of the deaths involved fire. When the story becomes front page news (thanks to a publicity hungry Barnaby) Crozier tells Jim to reopen the case. Things get murkier when the death of Roberta Jardine sparks a series of new murders. 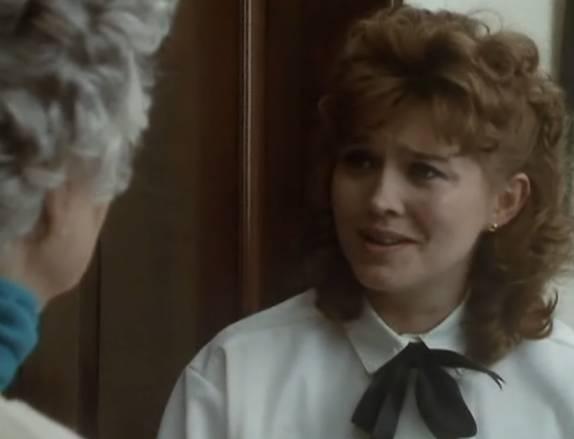 Amanda Redman plays Pauline Taylor, who has her own sinister agenda.

Fires in the Fall heads straight into Ghost Story for Christmas territory. The series had toyed with the paranormal in season four episode What Dreams May Come but here heads full on into the genre. By the end of the episode though we are back in a more traditional crime drama area. Although to be fair the final comment from Jim does leave things somewhat open ended.

Kim makes a rare appearance here and she is now a proper teenager.

The excellent guest stars include the always good value Donald Churchill, Margaretta Scott best known for her role as Mrs Pumphrey in All Creatures Great and Small, Amanda Redman, Ron Pember and the great Barrie Ingham as medium Barnaby. 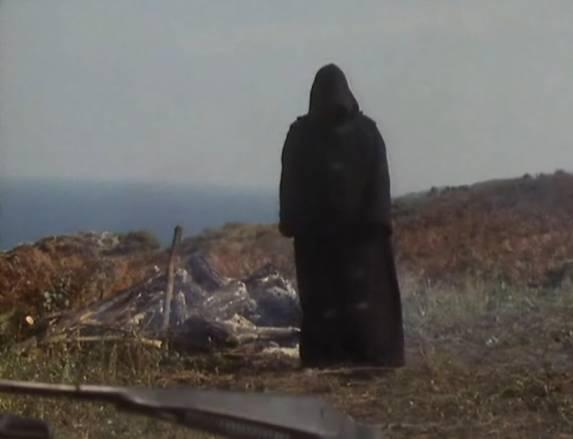 The scary figure at the heart of the episode.

Series: Bergerac Special One Broadcast Between Seasons Four and Five