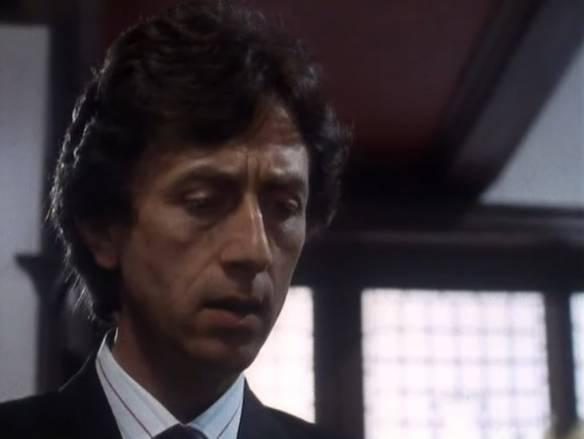 In season five opener Memory Man, a naked man suffering from amnesia turns up on the island. He is well educated and when the Bureau recover his clothes they are very expensive and hand made. Jim persuades Charlie to put the man, now rechristened John Smythe, up for a few days but when Smythe begins having nightmares Charlie is not sure the idea was such a good one.

Later on a tour of the hotels on the island, Smythe finds he has booked into a hotel. When he takes a look he discovers a suitcase full of money and a gun. Before he can do anything else two men burst into his room and take him away.

Having lost his charge Jim is even less impressed to learn that Smythe is a right honourable on the run having killed his wife and children.

This is clearly the Bergerac version of the Lord Lucan story! It turns out that Jebourg is also heavily involved with getting Smythe out of the country but it doesn’t end well for either himself or Smythe.

There is a sub-plot that goes nowhere involving Peggy Masters who is struggling to cope following the death of her husband. 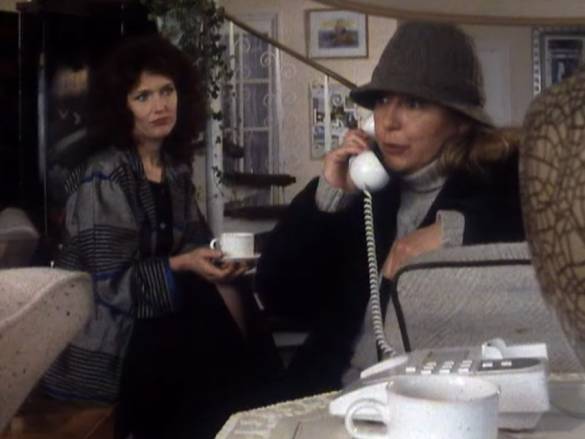 Judy Cornwell as Belle Young, the eccentric Auntie of Susan.

classic quote
“I haven’t lost my mind sergeant, only my memory.”