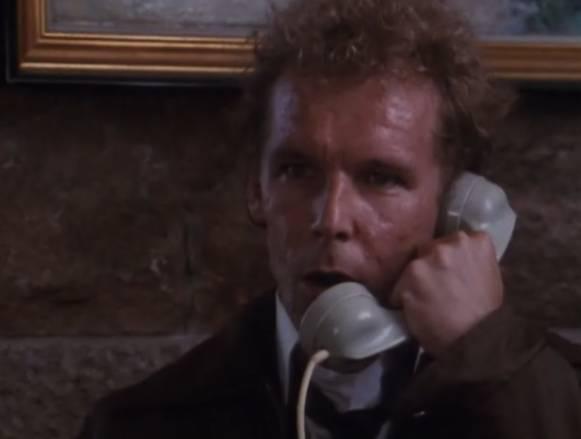 In Root and Branch someone seems to intent on giving Deborah a hard time. She is receiving strange phone calls and strange things seem to be happening around her.

Nobody, apart from Jim, seems to believe her though. In fact Kim, who is home for the school holidays is more concerned with the amount of alcohol her mother seems to be consuming these days. When another phone call sends Deborah rushing out in search of a supposedly injured Kim, Jim persuades Charlie to take Deborah away for a few days whilst he investigates. Jim is sure that whoever is behind the phone calls is actually after him. He may well be right. Once Deborah is off the island it is Jim who stars getting the phone calls.

When Kim’s horse is given LSD and she is almost killed, things are starting to get out of hand. By this point we have seen the man who is making the phone calls and soon after Jim becomes convinced that it is man, Sydney Sterrat, that he put inside for arson six years previously. He is out for revenge because his wife killed herself three months after Sterrat was convicted. She was also pregnant at the time.

Sterrat, by this stage though, has taken Charlie, Deborah and Charlie hostage.

The plot line of the previous episode involving Peggy grieving over the death of her husband seems to have been opened the doors for a bit of flirting between her and Charlie.

The title refers to payback and the bible Eye for an Eye quote. Jim the root and the branch his family.

It’s a tense episode. Christopher Fairbank, aka Moxie from Auf Wiedersehen Pet, proves a very adept villain. Director Baz Taylor had also worked on Auf Wiedersehen Pet. Valerie Holliman, who has a tiny role here as a supermarket assistant was a TV regular during the 1970’s. 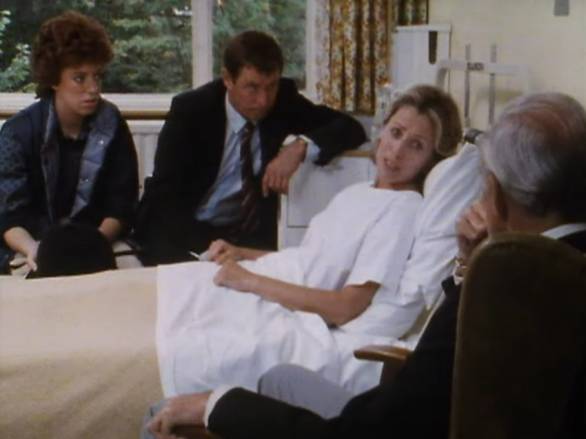 Deborah ends up in hospital after a phone call leads her to trouble at a deserted house.