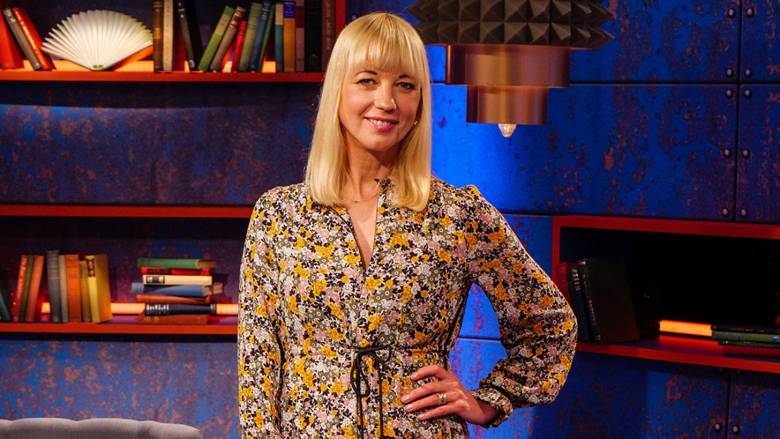 Sara Cox is back for a third series of BBC Two’s Between The Covers, which celebrates the joy of books and reading.

In the first episode of the series, Sara is joined by Silent Witness star Emilia Fox, comedians Dane Baptiste and Andy Parsons, and Harry Potter actor, Evanna Lynch. They will all be sharing their favourite books, as well as reviewing this week’s two book club choices: the first of the new book picks, Sorrow and Bliss by Meg Mason, and the first Booker backlist gem of the series, Good Behaviour by Molly Keane.

Between The Covers gives BBC audiences across the UK the opportunity to take part in an inclusive book club inspiring new readers as well as avid bookaholics. The twelve selected books featured in the series will be labelled with Between The Covers stickers in shops, libraries and online so that audiences can read and join the conversation on social media using #BetweenTheCovers.

Previous episodes of Between The Covers are available on BBC iPlayer now.

Between The Covers was commissioned by Emma Cahusac for BBC Arts and BBC Two. Created and produced by Cactus TV, Exec Produced by Amanda Ross with Series Producer Pollyanne Conway.