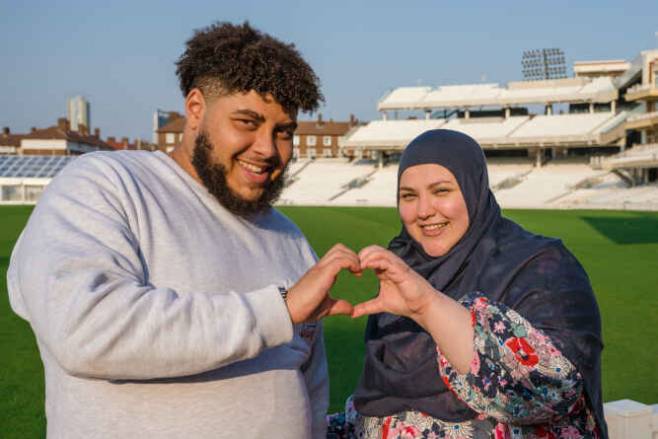 Fatiha El-Ghorri: Big Zuu’s ongoing quest to eat big takes him back to the big smoke – to cook for ground-breaking comedian Fatiha El-Ghorri. Fatiha has a gig in South London but this season the boys have gone so large and the only space big enough to hold them is the iconic Oval cricket ground.

These boys may not have grown up playing much cricket – but they know they can knock it out of the park when it comes to cooking for Fatiha – and she’ll be desperate for some quality munch after doing the business on stage.

Today is an Arab celebration with a chick-pea salad, Harira soup and sizzling prawns all on the menu and a late-night grill-house taken over to make Fatiha feel at home.

But it’s not all Moroccan vibes – it turns out Fatiha and Zuu both love a Mars ice-cream desert. But this is BIG eats – so Zuu comes up with his own version that’s not just out of this world… it’s out of this galaxy.