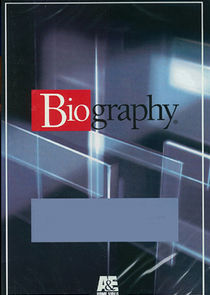 Shawn Michaels: Biography: WWE Legends presents "Biography: Shawn Michaels." Directed by Joe Lavine (ESPN 30 for 30 "Playing for the Mob," HBO "Namath"), the film chronicles the wild life of one of WWE's greatest performers and most enduring villains. After drug addiction nearly cost him his life, Shawn Michaels, aka "The Heartbreak Kid," made one of the most improbable late-career comebacks in WWE history. He was inducted into the WWE Hall of Fame in 2011.

Biography is a documentary television series. Originally produced by CBS in 1962 and hosted by Mike Wallace, the A&E Network later re-ran it and has produced new episodes since 1987. The series has featured biographies on such people as Elvis Presley, Plácido Domingo, Pope John Paul II, Enrico Caruso, Diego Rivera, Mick Foley, Mao Zedong, and Queen Elizabeth II, and fictional characters like The Phantom, Superman, and Santa Claus. The program ended up profiling enough figures, that in 1999 A&E spun the program off into an entire network, The Biography Channel.