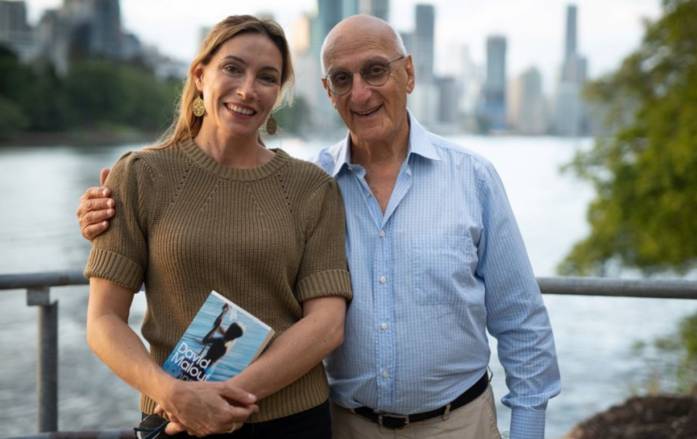 From Kate Grenville’s The Secret River in Sydney to Richard Flanagan’s Death of a River Guide in Tasmania & Trent Dalton’s Boy Swallows Universe in Brisbane, Claudia learns how Australia set the stage for our great stories.

Claudia meets author Kate Grenville, who wrote The Secret River, a deeply confronting book that sparked conversations across Australia. Claudia wants to understand what prompted her to write this book.

Richard Flanagan, is one of Australia’s most lauded living writers, Claudia heads to the Hobart Museum to examine a book of paintings of fish, which was the inspiration behind Flanagan’s Gould’s Book of Fish – a surreal odyssey about a convict imprisoned on Sarah Island who’s forced by the prison’s commandant to paint a book of fish as punishment.

Feminist and first-time author, Helen Garner opens up to an emotional Claudia about what writing Monkey Grip meant to her. Claudia then travels to Queensland, to meet David Malouf the author of Johnno – a semi-autobiographical story about childhood friends, growing up in the steamy, Queensland capital in wartime.

More than 40 years on from Malouf’s masterpiece, another Brisbane writer has captured a different time, and a different side of this place. Inspired by journalist Trent Dalton’s own life, Boy Swallows Universe is the coming-of-age story of growing up on the wrong side of the tracks in the 1980s. To get the inside story on how the story was written, Claudia heads to the now decommissioned Boggo Road Gaol.