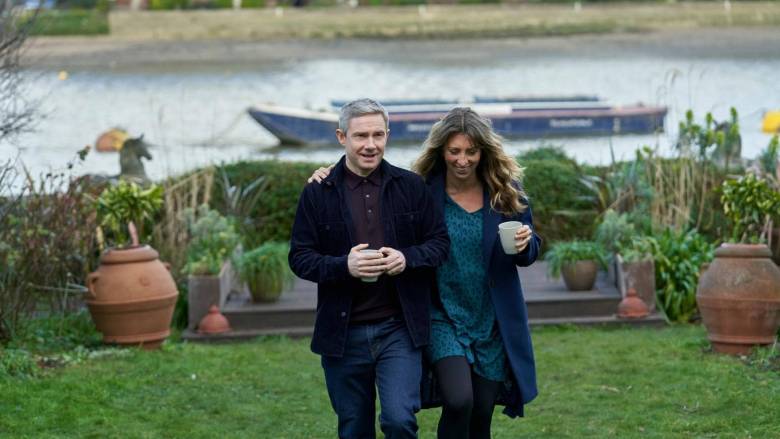 Breeders continues its bittersweet look at the struggles of modern parenthood. Season 3 starts days after Season two ended, as the Worsley family reels from teenaged Luke (Alex Eastwood) punching his dad, Paul (Martin Freeman). Paul’s moved out and is staying at his mother-in-law Leah’s (Stella Gonet) house. He should be lonely but actually the simpler life has its appeal. Eventually, though, amends with Luke must be made.

Meanwhile Ally (Daisy Haggard) has her own problems – with work, with her early menopause and with her increasingly strained relationship with her newly adolescent daughter, Ava (Eve Prenelle). Gallows humour and large glasses of wine only go so far in quelling the angst…

With Luke refusing to live with his dad, Paul is staying at honeymooning Leah’s house. Single parent Ally begins to feel the strain, while a distressing event from the family’s past has a surprising present-day echo. Then, Ally fears she might lose her job and her mind, as the company collapses, and her HRT meds become unavailable. Luke’s panic attack ends Paul’s leisurely life at Leah’s, while an increasingly isolated Ava faces a huge change.