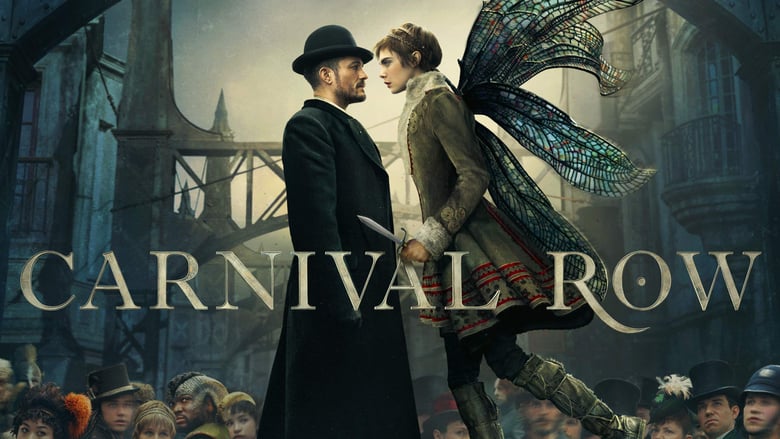 In a mystical and dark city filled with humans, fairies and other creatures, a police detective investigates a series of gruesome murders leveled against the fairy population. During his investigation, the detective becomes the prime suspect and must find the real killer to clear his name.

Episode 1: Some Dark God Wakes
Rycroft “Philo” Philostrate (Orlando Bloom) investigates “Unseelie Jack” (Matthew Gravelle), a mysterious assailant with a grudge against the fae. Vignette Stonemoss (Cara Delevingne) barely escapes Tirnanoc with her life and arrives in The Burgue looking for a fresh start. Imogen Spurnrose (Tamzin Merchant) meets her new neighbor. In Parliament, the fight over the critch heats up.

Episode 3: Kingdoms of the Moon
Once, as a Burguish soldier, Philo (Orlando Bloom) was tasked with protecting a faerish mimasery. While The Pact bears down on them, Philo meets Vignette (Cara Delevingne) and finds love in the most unlikely of places.

Episode 4: The Joining of Unlike Things
Philo (Orlando Bloom) investigates the murder of his childhood headmaster. Vignette (Cara Delevingne) ingratiates herself into the Black Raven. Imogen (Tamzin Merchant) hatches a plan to help her brother. Breakspear (Jared Harris) goes on the offensive with Longerbane (Ronan Vibert).

Episode 5: Grieve No More
Philo (Orlando Bloom) consults a Haruspex in an effort to find clues about the killer. Vignette (Cara Delevingne) grows closer with her newfound family. Upon Jonah’s (Arty Froushan) return home, his parents cast a more watchful eye over him as a new player makes a splash in Parliament. Imogen (Tamzin Merchant) brings Agreus (David Gyasi) into her circle.

Episode 6: Unaccompanied Fae
The pieces of the puzzle start to come together for Philo (Orlando Bloom). Vignette (Cara Delevingne) finds home in a place she never expected. Jonah (Arty Froushan) sneaks off to see someone he shouldn’t. Imogen (Tamzin Merchant) and Agreus (David Gyasi) step out together in public.

Episode 7: The World to Come
Because he withheld evidence from his fellow detectives, Philo (Orlando Bloom) is accused of being the man behind the string of murders and is thrown in jail. There, he finds some unexpected help from Vignette (Cara Delevingne). Elsewhere, Ezra (Andrew Gower) takes exception to Imogen’s (Tamzin Merchant) relationship with Agreus (David Gyasi). Sophie (Caroline Ford) offers Jonah (Arty Froushan) a deal.

Episode 8: The Gloaming
As tensions rise on Carnival Row, Philo (Orlando Bloom) must confront both darkness incarnate and the evil that controls it. Vignette (Cara Delevingne) gleans the true nature of The Burgue. Imogen (Tamzin Merchant) lets her feelings for Agreus (David Gyasi) go unbridled. Breakspear’s (Jared Harris) secrets catch up to him.