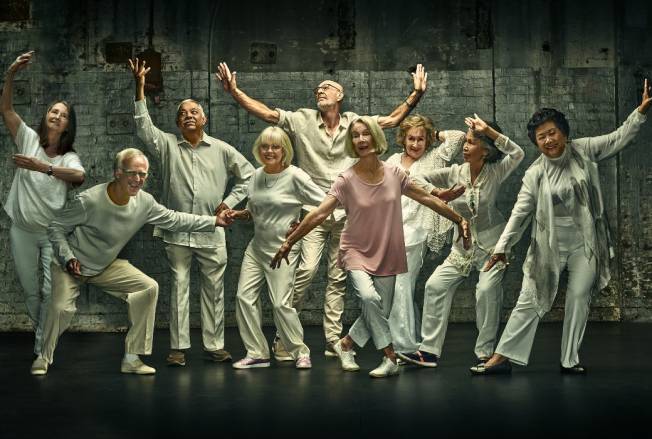 An unusual experiment led by Myf Warhurst involves a group of seniors trying to dance their way out of the effects of ageing. Myf follows their remarkable transformation over the course of 12 intense weeks under the direction of renowned choreographer Kelley Abbey, culminating in a one-of-a-kind performance for friends and family.

Nine senior Australians participate in a 12-week experiment to examine the benefits of dance for people over the age of 65 in this two-part Catalyst special. The Myf Warhurst-hosted programmes examine the new scientific research that suggests dancing can enhance physical fitness, balance, memory, mood, and cognition. In other words, it could mitigate the effects of ageing.

Most of our participants have never danced before, so Kelley Abbey, one of Australia’s most accomplished choreographers, is guiding them through this experiment. Her job is to get them ready for a unique, finished performance in front of friends and family at the end of the 12-week period.

Many of the health issues we deal with as we get older, such as Parkinson’s, Alzheimer’s, cancer, peripheral neuropathy, and poor balance that causes falls, are present in our dancers. Dr. Rachel Ward, a biomechanical scientist from UNSW, is observing their development through physical and mental tests.

Undisputed results after 12 weeks show that they are more physically fit, stronger, and frequently more cognitively proficient. It has altered Rod’s life, who is 67. His neuropathy, or nerve damage, in his legs seems to be almost completely gone. Shirley, age 75, who has Alzheimer’s disease, shocks everyone by doing well on the physical exams as well as developing her ability to think more quickly.

The only thing left to do is to present their 12-week labour of love to their friends and family. When they take the stage at the esteemed National Institute of Dramatic Art (NIDA), their stage fright disappears and they deliver an impressive performance.

Not a dry eye can be found in the house. A thunderous standing ovation was given to their eight minutes of a challenging integrated dance that was performed with professional ease.