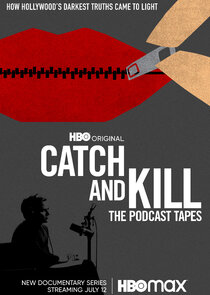 The Editors: The New Yorker editors David Remnick and Deirdre Foley-Mendelssohn, attorney Fabio Bertoni and Fact Checkers Tammy Kim and Fergus McIntosh discuss the arduous process of verifying the details of the story, while fending off legal threats from Weinstein's camp.

Catch and Kill: The Podcast Tapes features on-camera interviews between Farrow and some of the interviewees featured in his investigations against Weinstein's sexual misconduct, including former employees of the Hollywood producer as well as Ambra Battilana Gutierrez, the woman who wore a wire that caught audio evidence of his misconduct.