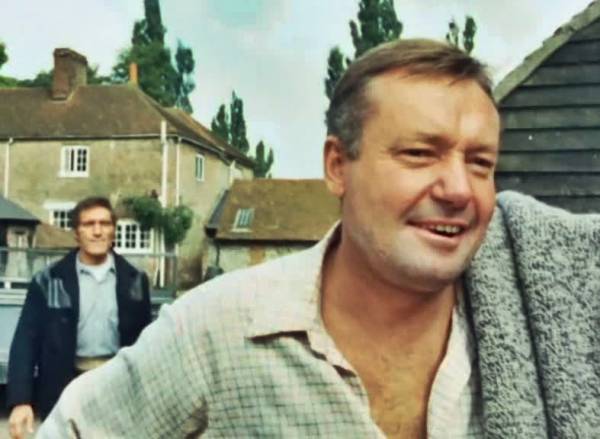 The Telling Bone: Due to yet another spell backfiring, Catweazle finds himself clinging to the local church spire. In an attempt to go ”back” to his own time he ends up going sideways instead. The local vicar by speaking a few words of latin which Catweazle could relate to convinces him to come down from the spire and see his latin books.

While in his home surrounded by cats named after famous hollywood celebrities of the 40s/50s Catweazle discovers the telephone “the telling bone”, fascinated by it and demanding to ”speak to the spirits” he causes more chaos. Meanwhile farmhand Sam has a new car which is having problems but finally gets going. The vicar phones Hexwood Farm (having discovered that’s where Catweazle had come from) and listening into the phone call Carrot realises that’s where Catweazle is and asks Sam to take him to the vicarage.

WHAT IS WHITE HOUSE FARM ALL ABOUT? ITV’s six part factual drama, White House Farm, revolves around one fateful night...

Episode 7: As the Sanditon summer regatta approaches, Sidney wrestles with his feelings towards an old flame and Young Stringer...

Episode 6: Charlotte and Sidney find themselves at loggerheads but must work together in an attempt to rescue Miss Lambe....

Episode 5: Tensions between Tom and his labourers erupt during the Sanditon cricket match. Charlotte and Sidney continue to clash,...

Episode 1: When a coach accident introduces Charlotte to the Parker family, she quickly seizes the opportunity to throw herself...

Episode 2: Charlotte and Sidney clash again, only for Charlotte to be left confused by a chance encounter. Tensions surrounding...

Episode 3: Charlotte sets out to avoid Sidney, until a serious accident forces them together and to reappraise each other....