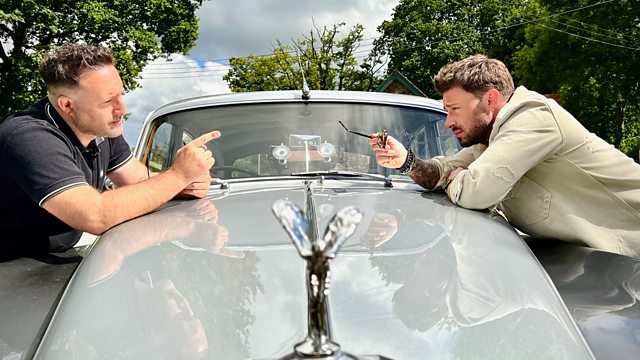 Boy band Blue members Duncan James and Antony Costa tour the Cotswolds. The boys step outside their comfort zone as they explore the world of antiques while having a blast in Gloucestershire. The boy band’s original founders have been close friends for more than 20 years, but Duncan and Ant are determined to outspend one another and win the title of best road trip.

Ochuko Ojiri and Roo Irvine, two experts, accompany them as they visit the stores with £400 each to spend, a grand Rolls Royce, and a sporty Porsche. As Ant purchases some Second World War medals from Greece, he allows his emotions to take control of his decision-making, while Duncan spends three figures on a fairy castle vase.

Two teams of amateur collectors have an hour at an antiques fair in which to acquire the best bargains possible with £300.