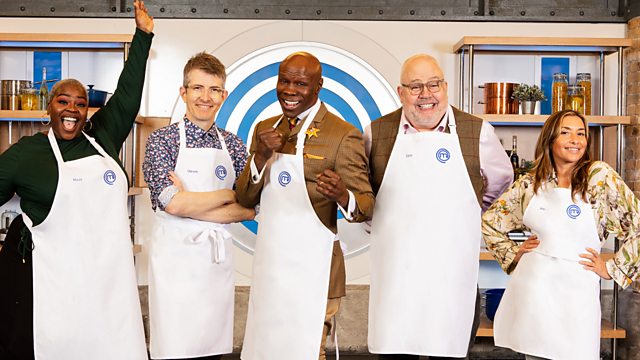 Under the Cloche is the name of the first obstacle they must overcome. Each famous person has a cloche in front of them, under which is an ingredient. Each celebrity has a unique ingredient, and to show the judges they have potential, they must prepare one dish featuring that ingredient.

Next up is the Street Food Challenge. The celebrities are presented with a street food dish that is popular throughout Canada, which they must taste and then try to identify the ingredients that are in it. Then, following not a recipe but their instincts, they have to cook this classic national dish for themselves. Will their attempts impress, or will they fall short of the mark?

In the final test of culinary creativity, the contestants are asked to prepare their Dinner Party Dish – something they would cook to impress if someone was coming round to eat. They work furiously in a last attempt to prove themselves to the judges, because at the end of this test, one of them will be going home.

Who can handle the pressure and show the judges they have the skills, creativity and flair to progress further in the competition?