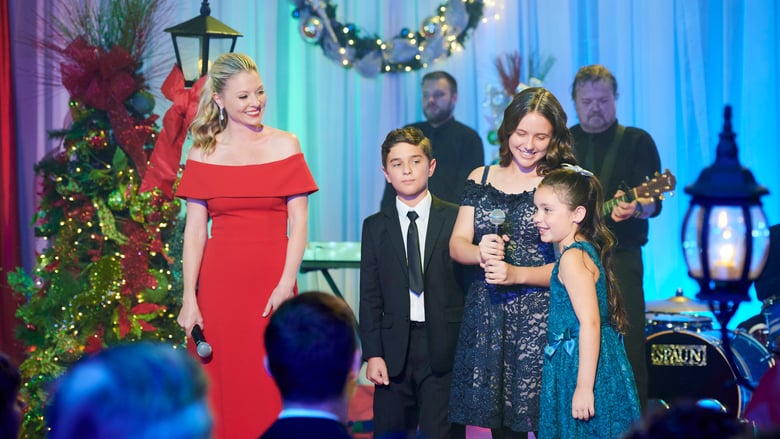 Entertainment industry legend and Graceland steward Priscilla Presley makes a special appearance in this Hallmark holiday romance, shot on location at Graceland Mansion in Memphis. World-traveler Harper Ellis (Doubleday) returns to Memphis for the holidays to stay with her family and interview for an overseas position at a museum. While there, she takes an au pair position for wealthy widow Owen Reed (Grenier) while she awaits news about the museum job. Though Harper’s spontaneity and Owen’s love of structure initially clash, the two feel an undeniable spark. Harper encourages Owen to break out of his routine and spend more time with his children, while Owen encourages Harper to have confidence. Harper and Owen even prepare for a joint event at Graceland featuring a fundraiser for Owen’s company and an exhibit on Elvis at Christmas Harper is producing for Priscilla Presley. When Harper and Owen develop romantic feelings for each other, and Harper realizes how much she enjoys living close to family, she must decide if she will make her home for the holidays her forever home.