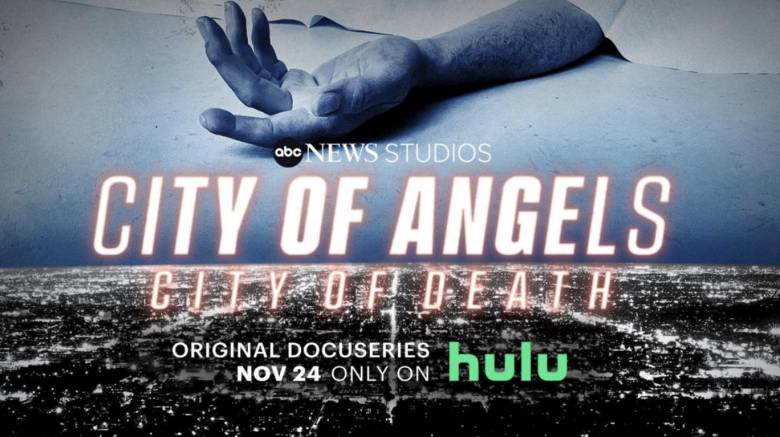 Throughout the 1970s and ’80s, more than 20 serial killers stalked the streets of Los Angeles simultaneously and within miles of each other, murdering and terrorizing citizens – until the LAPD’s Robbery-Homicide Division banded together and tracked down the killers.

From producers of ABC News’ “20/20,” the new Hulu Original “City of Angels | City of Death” chronicles the group of LAPD detectives and their investigations, from launching stakeouts to tracking and catching some of that era’s most notorious murderers, including the Freeway Killer, the Hillside Strangler, the Sunset Strip Killer and more.

All six, hour-long episodes of “City of Angels | City of Death” drop on Wednesday, Nov. 24, only on Hulu. “City of Angels | City of Death” depicts the chilling details of the gruesome crimes through dramatic recreations and the first-hand accounts of law enforcement as they masterfully juggled multiple serial killer investigations before the introduction of DNA technology and under the pressure of unprecedented media attention.