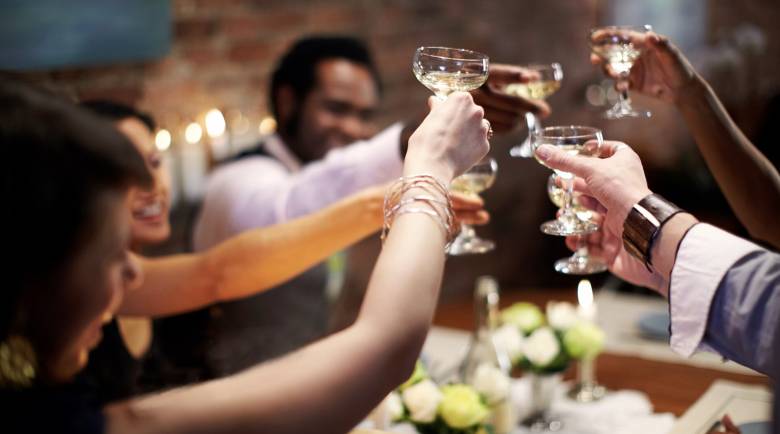 Sussex Day 1: Travel manager, occasional comic, and seasoned dinner party host Rod hopes to wow the cheese-obsessed charity manager Paula, the sarcastic lawyer Hassan, the eccentric jewelry entrepreneur Sarah, and the animal psychic Josie with a lengthy and complicated menu. On a lively evening, Paula makes quite the first impression with some enthusiastic plate licking and some bovine booing, but some guests are let down by Rod’s lack of joke telling.

To win a £1000 cash prize, five strangers compete to host the best dinner party in the same spectacular location, cooking in a kitchen they’ve never cooked in before. As our hosts compete in castles, fancy flats, and swish country houses across the UK, knives and forks will fly.