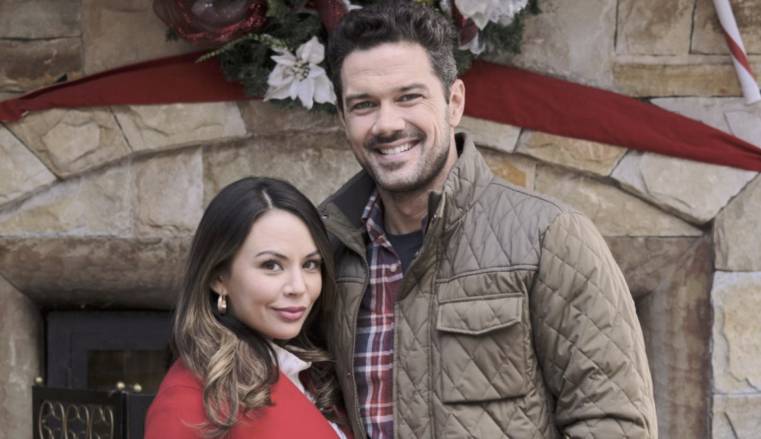 Janel Parrish (“Right In Front of Me”) and Ryan Paevey (“A Little Daytime Drama”) star in “Coyote Creek Christmas,” a new, original movie premiering Saturday, October 30 (8 p.m. ET/PT), on Hallmark Channel as part of the network’s annual “Countdown to Christmas” programming event, your home for the holiday.

Paige (Parrish) offers to plan the annual holiday party at her parent’s hotel in the Rockies, the Coyote Creek Inn, which will surely help her score a promotion at the upscale event planning company she works for. She decides on a “Christmas around the world” theme, to showcase the universal magic of the season through the diverse Christmas traditions of the Inn’s guests. Dylan (Paevey), a charismatic real estate developer and single father, is visiting Coyote Creek for the holidays with his son. What Paige doesn’t know is that her parents are planning to sell the Inn and that the potential buyer is her new acquaintance Dylan. The fate of the Inn and Paige’s relationships are both left for the magic of the holiday season to decide.