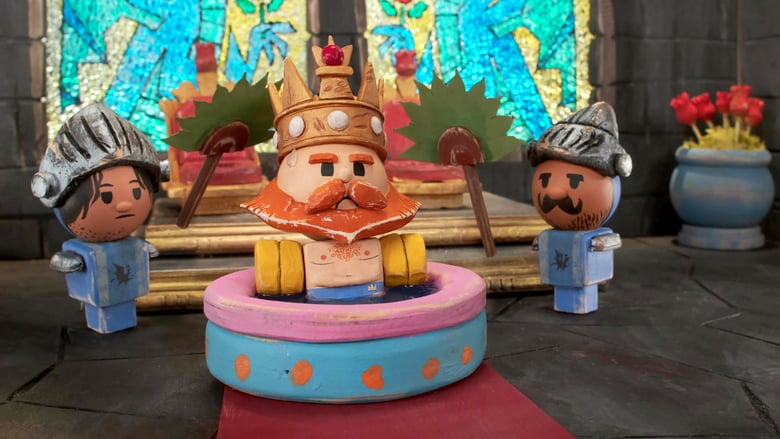 Look Who’s Stalking: Fed up with a string of bad investments that have led the kingdom to bankruptcy, King Merriman throws out a pot of “magic beans,” which quickly grow into a giant beanstalk. Seeing an escape from his responsibilities, Merriman climbs the beanstalk with Patrick pursuing him. They find a beautiful kingdom in the clouds, a society of peace, sharing and kindness—a perfect new realm for Merriman to dominate and ruin. Patrick has to return the King to the surface before he destroys the cloud kingdom— and before the beanstalk is chopped down and they’re stranded forever.