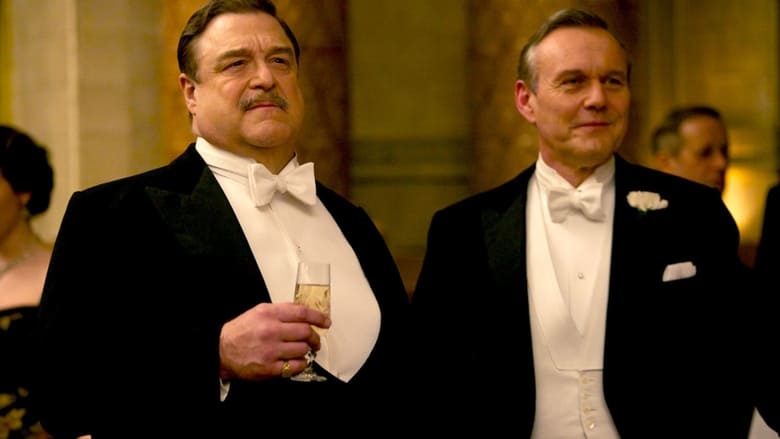 Episode 3: Louis is interviewed by police about events on the night of Jessie’s attack, telling them he saw Julian when he should have been on a train to Paris. The band are unsettled when a table of racist Germans walks out during a performance at the Imperial Hotel’s Christmas Lunch, but Stanley later engineers a fitting revenge. Lady Cremone host a New Year’s Eve party on her estate and everybody is surprised when Julian turns up, announcing he has been in France exploring a new business idea.