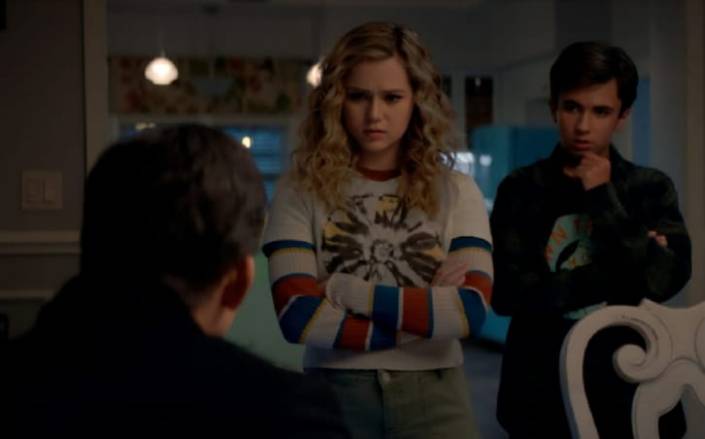 Chapter Ten: Courtney (Brec Bassinger) is left devastated after discovering a dark secret that Pat (Luke Wilson) has kept hidden from her. However, when they learn that Jennie (guest star Ysa Penarejo) may be able to help in their plan to stop Eclipso (Nick Tarabay), they’re forced to put their issues aside as they set out on a road trip to find her. Meanwhile, Beth (Anjelika Washington) makes a shocking discovery about The Shade (guest star Jonathan Cake).

Stargirl follows high school sophomore Courtney Whitmore, who moves to Blue Valley, Nebraska after her mother remarries Pat Dugan, a former member of the Justice Society of America. She uncovers dark secrets from her family’s past, receives Starman’s very useful cosmic staff, joins the Justice Society of America and inspires the unlikely group of young heroes to stop the villains of the past.