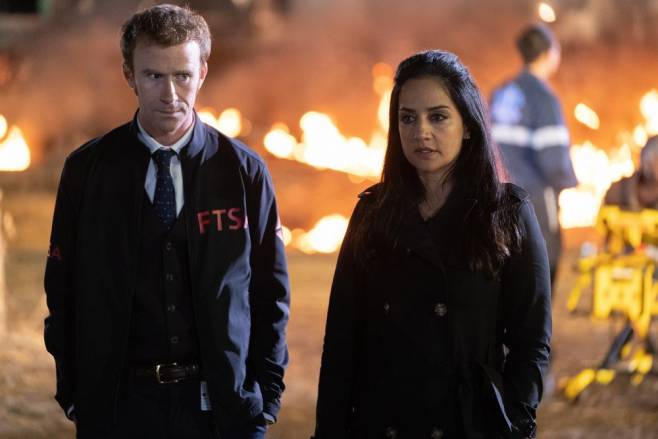 The series follows the investigation into the derailment of an experimental high-speed train, The Apollo. The brilliant investigator, Kendra Malley (Archie Panjabi), is recruited to the US to find the cause of the devastation in rural Michigan. With the eyes of the entire world on her, Kendra and her team unravel a series of interconnected threads which lead to a number of mysterious motives.

Was it the tech mogul inventor of the train’s automation software? Was it a mysterious member of a Mexican drug cartel? Was it a disgruntled employee resisting new technology? Working in conjunction with the FBI, Kendra must race to uncover the truth behind the crash and help to heal the damage caused by the terrible tragedy.