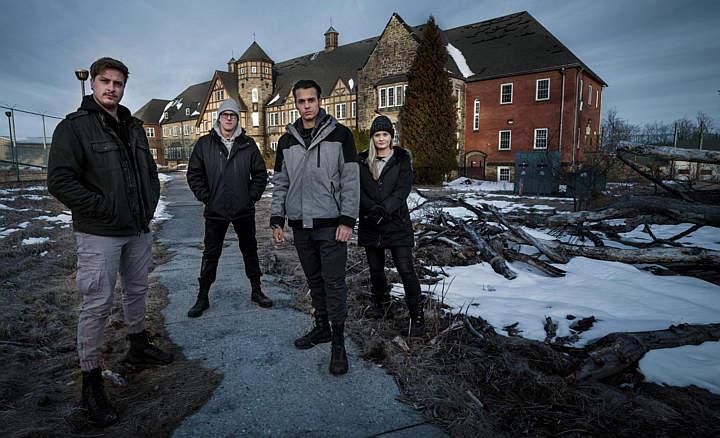 Cresson Sanatorium and Prison, Part One

At a dilapidated sanitarium in a rural area of Pennsylvania, the team must deal with a triple threat. If a child spirit and a ghostly mimic aren’t enough to frighten the crew, Dakota Laden has a sinister experiment up his sleeve to heighten the tension at this ominous location.

Maverick paranormal explorer Dakota Laden takes his sister, Chelsea, and best friend, Tanner, across the country in an RV to spend the night in the most haunted locations in America, testing the limits of human fear.